How digitalisation is forcing physical spaces to adapt

How digitalisation is forcing physical spaces to adapt 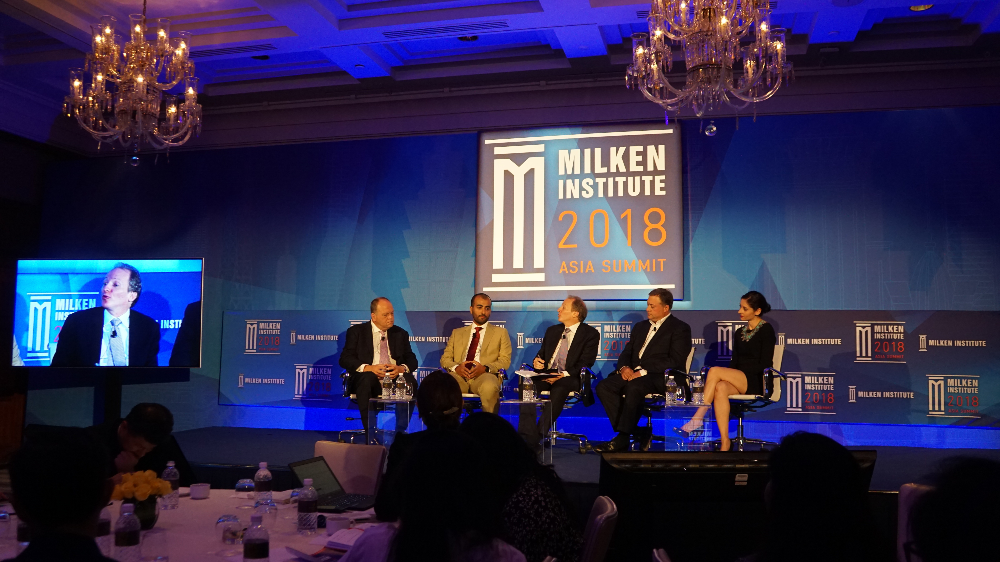 TL:DR: As cities embrace digitalisation, the behaviours and needs of businesses and citizens change. Governments thus have to be aware of emerging demands when it comes to designing and allocating physical space in smart cities. Here’s what four panellists at the Milken Institute Asia Summit 2018 had to say about the creation of smart spaces.

Much of the discussion about smart cities has revolved around innovations in the digital space. Mobile apps, crowdsourcing platforms and infrastructure for data sharing are changing the way governments, businesses and citizens interact with one another. But how is all this digitalisation altering physical space?

A digitally induced shift in habits

When you download a new operating system into your iPhone, the hardware remains the same; what changes is how it’s used. Smart city transformations are something like that—except a city’s hardware cannot simply be discarded when a new iteration comes along. The physical infrastructure needs to evolve with the digital developments, and it begins with governments recognising changes in the behaviour of city dwellers.

For instance, Shaikh Nayef noted how consumer habits are no longer what they used to be, now that e-commerce is prevalent. “Retail is not retail anymore. [The store] is just a showroom. I notice now people have smaller storefronts and they instead require more storage room,” he said, adding that urban planners must take this into consideration when redesigning and reallocating existing spaces.

Agreeing with Shaikh Nayef, Mr Andrew highlighted how even restaurants are not spared major overhauls in response to digitally enabled customers. “We have an office building with a small rooftop podium in Shanghai where we’ve shut down a traditional restaurant. We’ve now converted the entire space into a kitchen so that delivery companies can just [pick up and] deliver food to where people want it. That’s an adjustment to consumer demand because of the availability of technology,” he explained.

Holding on to heritage

While it may be an attractive strategy to completely revamp existing spaces for the tech-savvy consumer, some sites of cultural or historical significance deserve to be preserved in their current state. In such cases, technology can be used to make old spaces more accessible and attractive to visitors, said Ms Sorkin.

“Malacca is looking to better manage its arts and culture for economic value and to attract top talent,” she added. Citing Jonker Street—a vibrant cultural hub and tourist destination in Malacca—as an example, she described how municipal authorities are looking to use smart technologies to optimise traffic flows and show when are the best times to visit certain stalls and restaurants. This is how smart cities can “reframe their challenges as opportunities” to allow arts and culture to flourish and become part of a smart city’s identity, Ms Sorkin said.

As the founder of travel booking firm Agoda, Mr Rosenstein also testified to the fact that many tourists impressed with a city’s culture can be convinced to live and work there. Some of these tourists-turned-residents could themselves be effectors of smart city transformation. Hence, by using technology to manage spaces dedicated to creative works and local heritage, governments can rejuvenate the old while simultaneously injecting fresh talent into urban centres.

‘Brownfield’ scenarios—wherein pre-existing structures are modified for the digital age—are well and good, but sometimes, what real estate developers really want is the freedom to completely break the mould of conventional spaces.

Returning to the example of restaurants and food delivery, Mr Andrew said that “my dialogue now is with the urban planners because I don’t need parking spaces for cars. People aren’t coming to the restaurants, but I need access areas for motorbikes, and perhaps I need to create some space for the delivery guys when they want to rest.”

He also pointed out the trend of mixed developments in smart cities around the world. “We’re moving away from the traditional model where you go into the city Monday to Friday, and you live in the suburbs Saturday and Sunday… the long-term plan is about having a balance of work, living, tourism and retail spaces [in one area],” he said.

Blending all these spaces together takes foresight and planning, as well as honest conversations with city dwellers. At the end of the day, Mr Andrew reminded the audience that “real estate is a long-term investment… and so we need to remain flexible”, especially when it comes to accommodating technology.